Track body fat % instead of weight 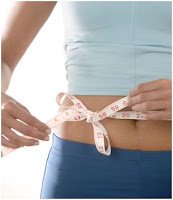 This is the first post in a 5-part series about tracking your fitness. In this post, I'll talk about why I really don't like the use of body weight as the main measurement to track progress and why body fat % is a better measure.

First off, let me say that this isn't about telling people who are a little heavier that it's okay to be heavy. No matter where your fitness level is, you should be comfortable with who you are and where you are but always looking to grow and improve. It isn't about finding a cheap way to tell someone who I think is too thin that they shouldn't be that way. My brain doesn't work that way. I'm too analytical for that. It's about finding the best metric, the best measurement, to judge where you are and if you are making progress. We're looking for an unbiased and unemotional measure with the best correlation as possible to how you look, how you feel, how well you can perform, and how much you are doing to fend off illnesses like diabetes and heart disease. It's about finding that metric for as many people as possible so no one looks at their numbers and says "well, this really doesn't apply to me."


Let's first look at why we shouldn't use body weight. The image below shows five women at a variety of heights, body types, and dress sizes. But, they are all the same weight, 150 lbs. Now, you clearly can't assume someone's fitness level or general health simply by looking at them. But, you can use what is known about the correlations between lean body composition and good health to guess that the women to the right can generally expect better health outcomes than those to the left. You can also assume that the women towards the right would be considered by most to be more attractive then those to the left.
The most logical response so far is to realize that height plays a very significant role.  Perhaps using a combination of weight and height to form a better measure will do the trick.  That's where we turn to the very popular Body Mass Index, or BMI.


Body Mass Index is the weight of a person divided by their height squared.  (This formula was devised by a Belgian researcher who used metric units so let's stay with those units for a moment.)  If a person is 2 meters tall (about 6'6") and weighs 100 kilograms (about 220 lbs), their BMI is 100 divided by 4 which is 25.  Most BMI tables tell us that 25 is at the heavy end of the healthy weight range.  Now, calculating BMI can get a little more complicated for us because we use feet/inches and pounds, but the concept is the same.  The result is a measure of our weight with an adjustment for height.

Certainly, BMI provides a slightly better way of comparing the women in the image above.  So what's the problem?  Take a look at these two men (well, these two theoretical men, at least).  They are the same height and weight, but one is very lean while the other is not.
This should illustrate the fact that BMI is blind to what makes up our weight.  The figure on the left depicts a man who is very strong, very lean, and (all else being equal) quite likely to have very good health.  The figure on the right depicts someone who has a lot of body fat and (again, all else being equal) is at greater risk for serious health conditions.  They have the same weight and height, so have the same BMI.  To take this a step farther, we could imagine the person on the right was able to make massive changes to his lifestyle and became the person on the left.  But, BMI doesn't measure a difference and wouldn't confirm to the man that he is making progress.  It sounds like this BMI thing is broken, right?  Why do we hear so much about it?  Where did it come from?

BMI was actually first developed by a Belgian researcher in the mid-1800's who called it the Quetelet index.  His intent was to use the index for larger populations to try to judge the overall health of the population as a whole.  The assumption was that extreme cases like the person on the left were statistical anomalies that would not occur often enough to skew the overall data.  It was okay if the method misrepresented the health of a few individuals here and there.  BMI was never intended to be used to analyze the health risks of an individual!  The formula's ease of use and it's regular use in larger studies leads a lot of people to trust it even though they are using it in a way that it was explicitly not intended to be used.

To make matters worse, a lot of doctors and fitness professionals will use the formula for an individual in the hopes of proving something that they already believed anyway.  As an example, you can imagine a doctor trying to convince the character on the right above that he needs to lose weight.  If all else fails, the doctor can plug the patient's height and weight into a formula that the patient has heard of and compare the results to a chart published by a nationally trusted source to find that he is "obese."  The doctor uses the formula even though he can imagine another person with the same BMI value who does not have the same health risks.  He convinces the patient to make a change, but reinforces a poor testing method in the process.

Read more about BMI on Wiki and Discovery Health.

The best single answer we have:  Body Fat Percentage


So, if body weight doesn't work and BMI has it's shortfalls, what's left?  The best single answer to that question is body fat percentage.  One of my favorite fitness blogs, Nerd Fitness wrote a terrific article about it.  Since the article was published, the images below showing typical bodies as a range of body fat percentage have taken on a life of their own. The correlation between body fat percentage and good health, fitness level, and physical appearance isn't ironclad, but it’s a much better metric than anything else we have.  It doesn't need to be adjusted for height, weight, or anything else.

Read more about body fat % on Wiki and Nerd Fitness


There are a number of ways to measure body fat %.  Some of them, like underwater weighing, are very complicated and costly.  A lot of trainers use calipers to measure the fat stored just under the skin which can be very accurate.  Measuring using calipers requires a someone who is fairly skilled to take measurements in various places on the body.  I prefer not to use it out of respect for a client's modesty, particularly with clients who are not happy with their bodies anyway.

Instead, you can use body composition scales that run a very low electrical signal through the body.  Muscles, which have water flowing through them conduct the signal very well while fat resists it.  The scale measures the resistance through the body and estimates body fat percentage from that.  Body composition scales range anywhere from $50 to $100 (Amazon).  For comparison purposes, one personal training session with me is $65 so the cost of the scale is well worth it.

Unfortunately getting a reliable number from  body composition scales isn't as easy as we might like.  The next installment in this series will tell you how to use one to get a reliable reading.  Until then, let's not base all of your fitness and health decisions on the number you get from your scale.  Instead, make decisions that you know to be inherently healthy.

Body weight of a person is theoretically the weight of the person without any items on. However, for all practical purposes, body weight is taken with clothes on but often without the shoes and heavy accessories like mobile phones and wallets. Thanks.
Regards,
hcg1234.com

Exactly. I cover this in part 2 here: http://blog.danhoganfitness.com/2012/07/using-body-fat-scale.html

There is still a safe way to go about a relatively speedy weight loss process. Keep in mind that losing too much weight too fast can mean you're losing muscle, not fat, which can causes the metabolism to slow down. Thanks a lot.

Regards,
how to gain weight

Here are BMI Calculator through which you can calculate your body mass index, body fat percentage although waist to height ratio,instantly.